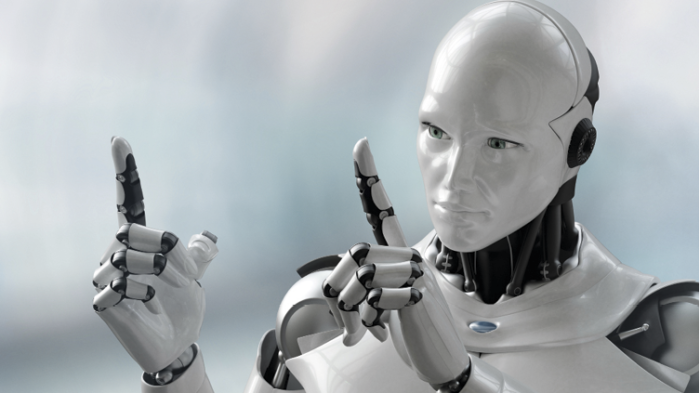 Remember when artificial intelligence (AI) existed only in science fiction? Now, advances in computing and programming have led to AI applications that can perform tasks hitherto the preserve of human intelligence. These include driverless cars, online assistants such as Siri and Cortana, automated telephone helplines that mimic human operators, sophisticated translation software and programs that can beat the world’s best players at chess.

Recent advances, such as in neural network programming, have led some commentators to predict that AIs with general human-level intelligence will be developed within a few decades. Such AIs could acquire the ability to design and create more advanced applications, leading to the so-called ‘singularity’ when AI overtakes human thinking. This is a prospect that generates both excitement and fear.

This may sound far-fetched, but the huge sums of money invested in AI by companies such as Google and Facebook illustrate how seriously it is taken. In 2014 Ray Kurzweil, Google’s director of engineering who popularised the ‘singularity’ concept, said computers would gain what will look a lot like consciousness in little over ten years. Others are more cautious and, while acknowledging the potential for increasing numbers of AI applications, such as face recognition, believe that anything resembling general human intelligence and consciousness is much further away.

You are probably questioning the relevance of this for environmental professionals. The answer is that it will be very significant because AI has the potential to disrupt many industries and sectors, including the environment and sustainability profession.

There are several examples of how this is likely to occur in the next five to ten years. The ability of AI to review, ‘understand’ and use huge volumes of data is increasing rapidly. Already a system named ROSS has been developed to undertake paralegal work in Canada. It is capable of returning precise answers to specific legal questions, with a citation, after reviewing vast quantities of legal information.

The speed at which this program operates and the comprehensiveness of the research is far greater than would be possible by a human. There are similar requirements in the environmental field where work often involves researching online data sources and producing reports. Indeed the process has already started at a rudimentary level with companies offering baseline environmental reports that are automatically generated according to the site co-ordinates.

AI is leading to advances in mapping, with machine learning applications capable of identifying features in satellite photography and transposing them on to digital maps, greatly speeding a process previously undertaken by humans. Facebook and other Silicon Valley businesses are investing heavily in AI, linked to plans by several companies to launch dozens of satellites that will provide new imagery of the same parts of the planet at least once every 24 hours.

Google bought Skybox Imaging in 2014 to help keep its maps up to date. Now rebranded as Terra Bella, it provides commercial high-resolution Earth observation satellite imagery, high-definition video and analytics services. Because environmental assessment and management often relies on tools such as geographical information systems (GIS), such advances will increase the speed of analysis and scale of data that can be used, while reducing costs.

AI can analyse complex data and identify patterns, a feature that is relevant to many environmental applications. AI was used to develop iBatsID, a bat call classifier, providing the basis for standardised, acoustic monitoring of the mammal in Europe. Bat call parameters from a large reference database were used to train artificial neural networks to distinguish the echolocation calls of different species.

As testament to its versatility, AI has also been used to assess water quality, for example on the Melen River in Turkey.

Computer programs control many environmental technologies, from wastewater treatment plants to building management systems (BMS). The introduction of AI offers the potential for the systems to ‘learn’ and adjust their operations accordingly.

BMS controlled by AI could automatically adjust heating and cooling to reflect different patterns of use of the building and changing preferences of the users, saving resources and increasing user comfort. Research is already being conducted using multi-agent systems – a type of AI – to improve the performance of buildings and to optimise their interaction with the smart grid.

Advances in robotics will proceed hand in hand with those in AI. Applications that are likely to become commonplace in the environmental field include aerial drones that operate autonomously when collecting environmental data.

Farmers already use drones to collect sensor data, such as temperature and humidity, and take aerial photographs to determine factors such as the nitrogen and water requirements of crops. Given the advances in military drone technology and photovoltaics, we are ever closer to the day when environmental monitoring drones can operate autonomously and stay aloft for long periods. Film buffs will recall the opening scenes of Interstellar, in which a drone that has been aloft for ten years is captured. Fully autonomous craft for environmental monitoring are also likely to become common at sea, both on the surface and below.

Where does that leave us?

Will there be anything left for us humans to do? Until the singularity is reached we will need to set the priorities and oversee the work to safeguard and manage our environment, even if AIs and robots do an increasing proportion of the work.

Use of AI presents the opportunity to achieve much more for the same cost, which will allow practitioners to better address key environmental challenges such as climate change, pressure on water resources, and loss of biodiversity.

However, environmental and sustainability careers are also likely to change, with more of the basic technical work undertaken by AIs and robots, and policy, management and communication still largely carried out by humans.

Post-singularity predictions are almost impossible, and who knows whether AIs that are more intelligent than humans will be interested in protecting the planet, given that they may be less reliant on the biosphere? However, if earlier AI versions have been involved in helping us to monitor and manage the environment, perhaps the new super intelligences will also be green.