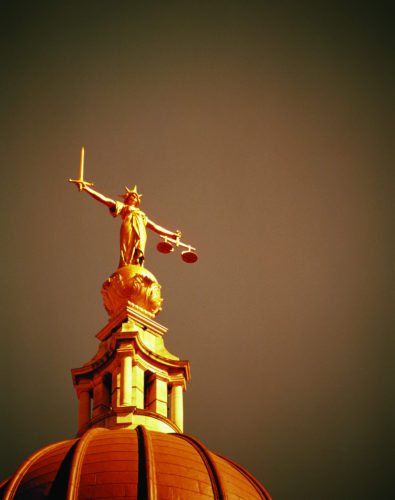 In 2010 it was found that high legal costs are barriers to environmental justice in the UK. Elisabeth Jeffries asks if there is a solution.

The UK is in breach of its obligations under the Aarhus Convention on access to environmental justice, declared the committee overseeing compliance last year.

The high cost of legal processes in the UK places unreasonable financial risks on citizens seeking to legally challenge activities with an environmental impact, said the Aarhus Convention compliancecommittee in its draft report on a case brought by the NGO ClientEarth, concerning the dumping of toxic material in the North Sea.

It claims that the existing cost rules often force claimants to cover their opponents’ legal fees, as well as their own and the court’s costs, with a single-day hearing costing more than £100,000.

Few individuals or public-interest groups have the resources to risk being landed with a bill of this size, says ClientEarth.

The government counters by saying there are measures in place that allow a court to restrict the costs a claimant will be forced to pay where the case may be of genuine public interest.

A case in point

Toxic material dumped at sea prompted the Marine Conservation Society (MCS) to complain to the Aarhus committee that the UK was not complying with the access-to-justice pillar of the convention – one of three pillars, the other two being access to information and participation.

In 2005, the Port of Tyne Authority, under government licence, had put 66,000 metric tonnes of toxic dredge material, taken from the Port of Tyne docks, into the North Sea at an off shore site called Souter Point.

“The method of disposal – so-called ‘dump and cap’ – had never been tried in UK waters and we had serious doubts from the start that it would work,” explains Tom Bell, the pollution officer at MCS at the time.

A trial unravelled over three years. “The government repeatedly failed to hold the Port of Tyne Authority to account for a series of licence breaches,” says Bell.

“Because there’s no mechanism [outside of a judicial review] for holding these ongoing decisions legally to account, the only option for the MCS, once the trial was under way, was to sue the government for failing to enforce the original disposal licence. We took legal advice in 2008 and were advised against it,” he continues.

The MCS case is one of the more familiar stories surrounding the issue of access to justice on environmental matters.

Gita Parihar, legal head at Friends of the Earth (FoE) UK, suggests there are many more unheard tales.

“People often want to challenge decisions. In terms of inquiries, we only address a small proportion … we’re regularly approached,” she states, referring to the FoE’s Rights & Justice Centre, which helps communities exercise their legal rights.

People on very low incomes may be entitled to legal aid – rare for civil cases and something which is being cut – to bring a claim to court; however, this is unlikely to pay for all the costs of overturning a council decision.

“If they feel very concerned, they will need to instruct a prominent barrister and the costs for that could be astronomical,” says Nicola Williams, a partner in the litigation and the dispute management group at law firm Eversheds.

ClientEarth, which brought the Port of Tyne Authority case to the Aarhus compliance committee on behalf of MCS, cites the example of Lilian Pallikaropoulos to illustrate the potential financial barriers to justice.

Last year an international committee found that high legal costs are barriers to environmental justice in the UK. Elisabeth Jeffries asks whether there is a solution

Pallikaropoulos, a Rugby resident, challenged the Environment Agency in court over its permission to allow a local cement factory to burn tyres.

“Although early challenges were brought under legal aid protection, this protection no longer applied when she appealed against an unfavourable decision to the House of Lords. It found against her after a hearing that lasted only three days,” ClientEarth states.

Pallikaropoulos must pay up to £88,100 – although the case has now been referred to the European Court of Justice.

Such a large sum is typical in some of the cases quoted by various organisations investigating access to environmental justice, and is clearly a large amount of money for an individual or small group to find. The Milieu study for the European Commission – which looked at member states’ measures for access to justice in environmental matters and was published in 2007 – found evidence of a tough cost regime in the UK.

It said that the UK was among the five worst countries in Europe in terms of costs and legal aid.

The study gives examples of practices in various EU countries. For instance, in Hungary, a claimant’s own lawyer and court fees for a one-day hearing average out at €500.

In Spain and the Netherlands, the losers pay when a claim is made in bad faith, while in Belgium they will only have to pay a €243 lump sum to compensate the winning party.

The practice in England and Wales of charging the losing party for the costs of the opposing party as well as their own explains why the final bill is usually so high.

“In reality only the wealthy or those on income support can contemplate legal action,” asserts Parihar at FoE.

“The ‘loser pays’ principle means that in the UK a claimant runs the risk of having to pay not only his or her own costs, which are likely to be substantial, but also those of the other side; a claimant has no certain way of controlling his opponents’ costs and often there is no cap on the amount a claimant can be required to pay,” states Katherine Sladden, communications officer for ClientEarth.

In addition, a client risks “having to pay potentially huge amounts in damages to commercial companies whose activities may be aff ected by the legal proceedings,” she says.

What then would be the ideal system? At around the time of the Aarhus committee’s warning to the UK, judges and other legal and government professionals were reviewing the problem.

In its defence to the criticism, the UK government referred to a system known in England and Wales as Protective Costs Orders (PCO) (a “protected order for expenses” in Claimants often have to cover their opponents’ legal fees as well as their own and the court’s, with a single-day hearing costing more than £100,000 Scotland), through which a court can limit the costs a claimant will be obliged to pay in order not to hold back a case where an issue of public interest is at stake.

But ClientEarth has argued that PCOs are not eff ective enough because it is often very uncertain whether an application for such an order will be successful.

And, if it is, to what extent it will be successful: for example, what form it will take and how much the claimant will still need to pay in terms of the other party’s and its own costs.

This, ClientEarth argues in a communication to the Aarhus compliance committee, has a strong “chilling” effect on potential claims, because the risk of bearing excessive costs still exists.

Even the cost of applying for a PCO, which can be up to £7,000, is too much for some people, says ClientEarth.

It also describes the conditions imposed to obtain PCOs as restrictive, particularly the requirement to establish the “public importance” of the issue being challenged.

Some reforms have been proposed, however. ClientEarth has made a proposal to change to a process known as “one-way costs shifting”.

"Claimants bringing public interest environmental cases shouldn’t ever have to pay a defendant’s costs, irrespective of whether or not their case is successful, but if a claimant does bring a successful case, the defendant should pay the claimant’s costs,” she says.

Parihar is broadly in favour of this and agrees with the conclusions of Lord Justice Jackson’s review of civil litigation costs, which was published last year and included a recommendation for qualified one-way cost shifting, where claimants are unlikely to be liable for defendant costs in civil claims.

“Qualified” because, as with unsuccessful claimants relying on legal aid, a defendant would only receive costs from the losing party in certain circumstances – for example, after consideration of the means and the conduct of the claimant.

She argues that Sullivan’s recommendations “seem to be very sensible”.

There are some who disagree that the problem is as bad or as widespread as the Port of Tyne Authority and Pallikaropoulos cases may suggest. Nicola Williams describes England as “a pretty litigious nation” compared with other European countries.

If that is so, the cost constraints do not seem to be severe enough to prevent people from acting.

Peter Young, strategic director at environmental consultancy SKM Enviros, points to the demands of the planning process prior to planning consent.

“Other countries have less rigorous planning processes; in UK public inquiries you can just turn up and give evidence or information; it’s not the same everywhere else,” he remarks.

It follows that perhaps a number of problems that in other circumstances might have come to court may be dealt with at that stage through planning discussions or even protests and marches.

The success of many campaigns against wind farms is a case in point.

For a long time, wind-power developers viewed the UK as a difficult place in which to invest because of the long drawn-out planning process and frequent success of anti-wind campaigns.

“Aarhus can be useful; prior to the environmental regulations [eg on hazardous waste] that came in throughout the 1980s and 1990s, the only way to deal with challenges was by suing a corporation,” Young states.

Nonetheless, he suggests that protest movements make a major difference: “Where there has been concern, they are willing to take up the cases; they set up an appeal for funds,” which may pay for legal action.

But Bell suggests that this has limited potential. “Building a legal fighting fund as part of an overall campaign plan is a good potential strategy but it deprives the organisation of that money for infrastructure support, salaries etc.

"Relying on raising a fighting fund to pay the damages after you lose is a strategy no NGO would contemplate,” he remarks.

Young, however, argues that the uncertainty prior to a case coming to court may not always be particularly great.

“There are other routes. If you go to a local authority ombudsman, they would give you a view on the case. You’d know what the odds were,” he says.