Most people own at least one pair of jeans, but hardly anyone knows about the toxic techniques that are used to manufacture and treat those jeans. Fewer still realise the destructive impact such manufacturing has on the world’s rivers.

This lack of awareness, however, is now being addressed in a documentary, RiverBlue. The film, which has won several awards, investigates the West’s appetite for fast fashion and its production in developing countries. Its message is blunt: fashion is destroying some of the world’s rivers. Denim is the villain of the piece, with manufacturers dumping the wastewater and toxic dyes involved in its production into rivers – in countries where environmental regulations are routinely ignored.

The film’s producer and co-director, the Canadian Roger Williams, wanted to produce a water-themed, feature-length documentary. He had the concept, but not the story. The touchpaper was lit by a Google map and an image of a Chinese river, which supplied water to Hong Kong, flowing into a bay.

Within this river was a large streak of indigo blue – so prominent, it could be seen from outer space. The pollution originated in an area that billed itself as “the blue jeans capital of the world”, says Williams. The area manufactures around 200 million pairs a year for 60 brands, and sends them to North America. Further research revealed that, worldwide, a staggering nine billion pairs of jeans are made every year, with little regard for the environment. Williams had his story.

“Blue jeans are an iconic item that everybody owns, but they are actually a big problem,” he says. “They are much ‘dirtier’ than you would ever guess. That ‘distressed’ denim look is down to several chemical-intensive washes, which are then just dumped into rivers.”

RiverBlue follows the conservationist Mark Angelo around the world, focusing on rivers in Bangladesh, China, Indonesia and India. It features interviews with local conservationists, and images of discoloured rivers foaming with chemicals.

Highlighting river pollution as a problem is one thing, says Williams, but seeing its impact on people’s lives is quite another. He was shocked at the volumes of toxic chemicals being dumped into the rivers that people swim in or drink from. “I wouldn’t even dip a finger into the water,” he says. “In some places, it was black and reeked of chemicals.” 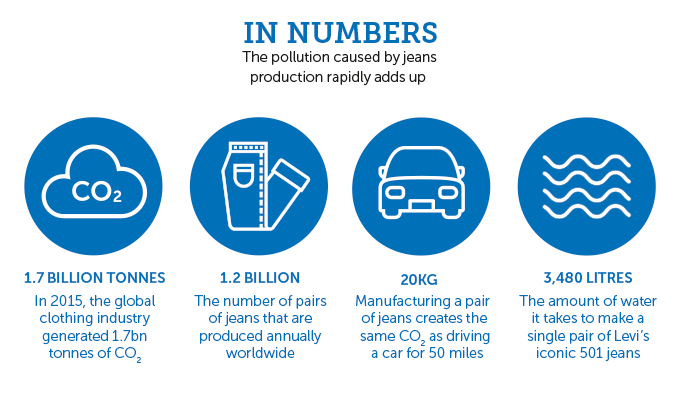 Dead in the water

The film is crammed with disturbing footage. In Dhaka, Bangladesh, tannery workers with no protective clothing treat leather with toxic chemicals. The nearby Buriganga is such a dumping repository that it is now incapable of supporting animal life. Downstream, people bathe in water that is pitch black, orange or purple. Some children have lost their sense of smell, and skin diseases are common. One local man cleans fish that he has found floating dead in the river, to feed his family and sell at the market.

Parts of the Ganges that are heavily polluted by tanneries are also used to irrigate farmland, where crops for human consumption are grown. Chromium has been found in cattle milk and agricultural produce here. In rural China, campaigners have discovered that certain rivers are polluted with heavy metals such as manganese, which has been associated with brain damage.

Other heavy metals found in the rivers are neurotoxic and carcinogenic; ‘cancer villages’ have emerged along despoiled waterways. There is even a local joke in China – every year, you can predict the ‘it’ colour of the season by looking at the colour of the river.

The root cause of the problem is the North American Free Trade Agreement, which came into force in 1994. In search of increased corporate profits, clothing companies that were legally bound to manufacture in an environmentally responsible manner in North America have outsourced – to countries where environmental protections are woefully inadequate, or ignored altogether.

The stark message of RiverBlue is that much of this devastation is inflicted on people and places that are far from the Westerners who buy these products. Many fashion brands and manufacturers, says Williams, commission clothing without taking responsibility for looking at the factories and making sure they comply with environmental protections. “They’re all about stakeholder value, and driving the product to the consumer.”

However, there are signs of hope. François Girbaud, the designer known as the ‘godfather of blue jeans’, admits in the film that the techniques he invented for the distressed look are killing people. “If you knew that the spraying of permanganate on your jeans to give you that acid-wash look was killing the guy doing the spraying, would you still want that look?” he asks. Girbaud is working to accomplish the distressed look with laser and air technologies created by a Spanish company called Jeanologia. The film also features Italdenim, an Italian firm that uses shellfish exoskeletons discarded by the food industry as a fixing agent for jeans. Both technologies reduce the heavy water consumption used in the washing process for blue jeans, and take toxic chemicals out of the equation.

Consumers can help by learning more about where their clothing comes from, says Williams. “People can start shopping more ethically – then they know what they’re actually buying. Consumers have power with their buying dollar. 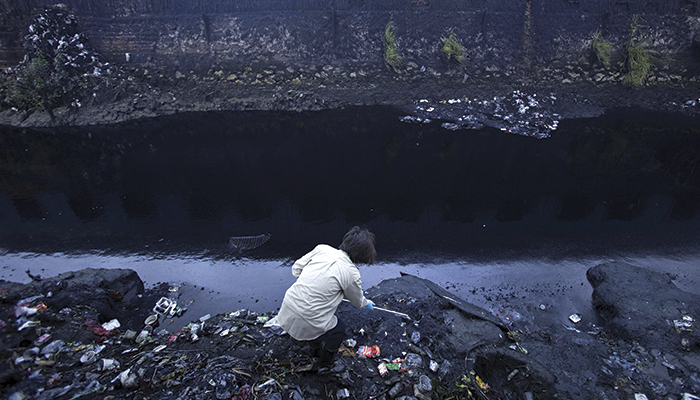 If they choose to buy sustainably made products, then the fashion industry will start to listen.” To this end, RiverBlue has launched fashionheroes.eco, a website highlighting the work of brands and organisations that are taking large steps towards sustainable and environmentally friendly fashion.

RiverBlue has been accumulating accolades, winning awards and nominations at film festivals across the world – including, notably, Best Documentary Feature at Raindance, an independent film festival in the UK. It also recently won the AFD Best Film Award and the Green Drop Award as part of World Water Forum celebrations in Brasilia, Brazil, a key global gathering about water. Williams is now considering a sequel.

“I’m often asked by people whether they should stop wearing jeans, but I say no,” he says. “I wear jeans every day, but I know that there are new ways of making jeans and clothing through lasers, ozone and new technologies. I hope this film can help make change happen, with more people wearing jeans in an appropriate way.”

“I’ve changed my habits when shopping for new clothes, and now wear vegan shoes and shirts made from merino wool – but I’m not a fashion guru. It’s a process, and it’s not going to change overnight.”

Huw morris is a freelance journalist. 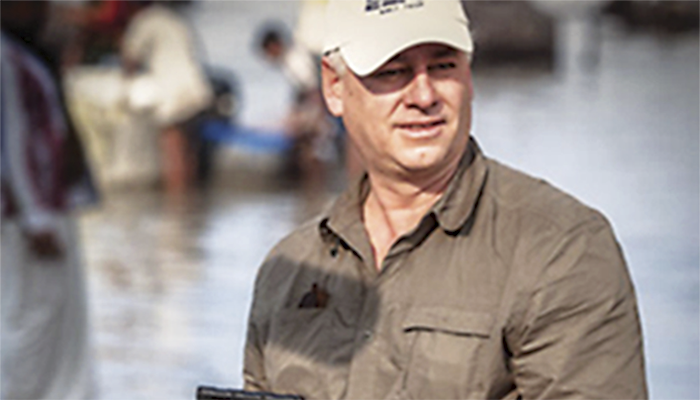 Roger Williams is an award-winning producer, director and cinematographer who has worked for broadcasters and studios around the world. His portfolio includes both documentaries and drama. A constant theme running through Williams’s work is his philosophy to create productions with compelling content and purpose that matters to viewers.