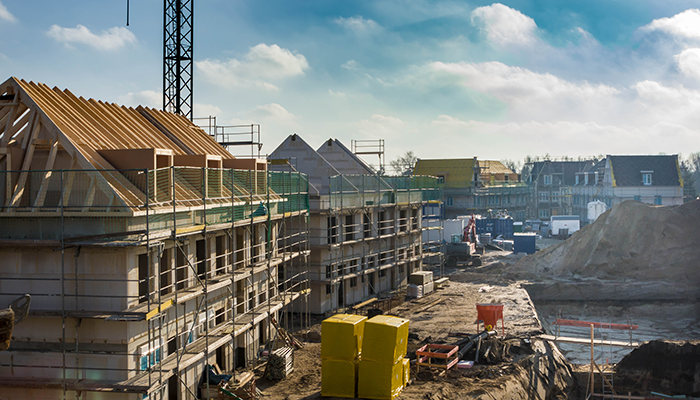 It is undeniable that COVID-19 has had a significant impact on all areas of life, including the economy, society, environment, culture, politics and, sadly, families and friendship groups. It has also interrupted a rapidly growing public and political movement calling for environmental change.

However, that desire to be greener in all areas of life has quickly bounced back as we gradually emerge from lockdown and, as a society, reflect on the environmental benefits that the period brought, such as lower pollution, flourishing wildlife and biodiversity, and increased engagement with our local environment. Now there is a growing feeling is that we must not slip back into old unsustainable habits, but instead build on this positivity and start to make a real change through a so-called 'green recovery' – before we forget what unpolluted skies looked like.

In recent weeks, a lot of focus has been on what the post-coronavirus recovery may look like. Prime minister Boris Johnson has given us a glimpse into future plans with the government's new 'build, build, build' agenda.

In the wake of the announcement, environmental and planning professionals have used several channels to try and influence what recovery may mean – and to set out their vision for how that 'greener' element can, and should, be the focus of recovery, rather than a side show. The Royal Town Planning Institute (RTPI) has launched its 'Plan the World We Need' campaign and IEMA has published a 'Build Back Better' mission statement, both emphasising the importance of the transition to a low-carbon and sustainable economy through economic recovery.

The importance of a green recovery has not evaded the government either, with COP26 president Alok Sharma and chancellor Rishi Sunak both acknowledging the role of the environment in our recovery. In fact, since it became clear that the country was beginning to emerge from lockdown, the rhetoric around a green recovery has been overwhelming.

So, what could a green recovery look like at the moment?

The 'build, build, build' plan has a heavy focus on economy and infrastructure. There are some environmental elements, but they do not seem to be at the heart of it. There are four main aims:

1. Accelerating the creation of infrastructure

This will undoubtedly create more jobs and boost the economy, but there is little news on whether sustainability will be a condition of new builds. Doing so could result in the creation of more jobs in the green energy sector and the construction industry, as well as avoiding the retrospective application of sustainability improvements to new buildings as we move towards our net-zero carbon deadline. Proposed road developments also counter the idea of a green recovery, as they could cause a loss of vegetation and biodiversity, disrupt ecosystems and increase air pollution.

The Planning for the Future consultation contains details of the proposed new planning system. It proposes that from 2025, all new houses with be 'zero-carbon ready'. It also proposes that the EIA system is overhauled with an emphasis on speed and simplification, though without further detail it will be difficult to assess whether this will weaken environmental assessment procedure or enhance it. At this point, though, the changes are proposals rather than actual policies.

This is the crucial one, but significantly more information is needed about how these policy elements will work. Much of the focus here is on investment in clean vehicles. There is also an aim to plant 75,000 trees per year by 2025 and halt biodiversity loss.

Furthermore, £10m is being made available to fund R&D into technology for removing carbon dioxide directly from the air. This is ambitious and will be welcomed if successful. However, this should not be a substitute for ensuring that carbon is not released in the first place. It is for this reason that the promised National Infrastructure Strategy this autumn, which will set out plans for core infrastructure such as the energy network, will be eagerly anticipated.

This involves an acceleration of infrastructure projects across England, Scotland, Wales and Northern Ireland.

The summer budget followed the 'build, build, build' announcement, and certainly contained some positive news for the environment and for our national carbon emission ambitions. This included:

Given that homes in the UK contribute significantly to carbon emissions, it is good news that the chancellor is offering an opportunity for homeowners to access energy improvements. Improving the energy efficiency of existing public buildings is also of great benefit, but it could all be undermined if all new infrastructure is not designed, starting now, to be low or zero-carbon, and if large private commercial property is not also encouraged to improve. Location is also key, taking into consideration how new buildings may put more demand on unsustainable transport networks.

Is it a green recovery?

It is clear that the green element of the recovery plan could be more ambitious. It certainly seems, at the time of writing, that the government has missed an opportunity to set tangible national targets to ensure all new buildings types have to be sustainable, efficient and low-carbon – especially with the UK net zero-carbon deadline just 30 years away. Legally binding sustainability or net-zero targets applying to new buildings could signal more ambition, though it is acknowledged that the differences in regions and local policy, and also placing more controls on private developers, could make this tricky. The proposed planning reforms address housing, but there will be no indication as to when or if these reforms will be implemented until the consultation ends in October.

Time will tell us how green the COVID-19 recovery will be. As it stands, it seems the ambitious visions set out by the RTPI and IEMA aren't going to be met, certainly in terms of the green elements of their visions. More information could be given in the autumn budget, and as policies and strategies are developed this year. It is hoped, though, that the national public and professional desire for a green recovery is realised, one way or another.

Steven Pearson is a legal author and consultant at Cedrec.