In a new report, the data and analytics firm highlights how increasing investment in solar and wind plants, and new technologies such as hydrogen, energy storage, carbon capture and smart grids, are driving change in the power sector.

Based on current policies, actions, technologies and announced power plants, the research suggests that coal's share in the power mix is set to fall from around 35% today, to just under 30% by 2030.

Gas will see its share fall from around 24% to 22%, with renewable energy seeing its share soar from approximately 30% to 39%.

“2020 was a decisive year in the push towards renewable technologies,” said Barbara Monterrubio, energy transition analyst at GlobalData. “Now, renewables will lead the power mix from 2024, overtaking coal-fired power generation.”

The forecast transition for global power is shown below: 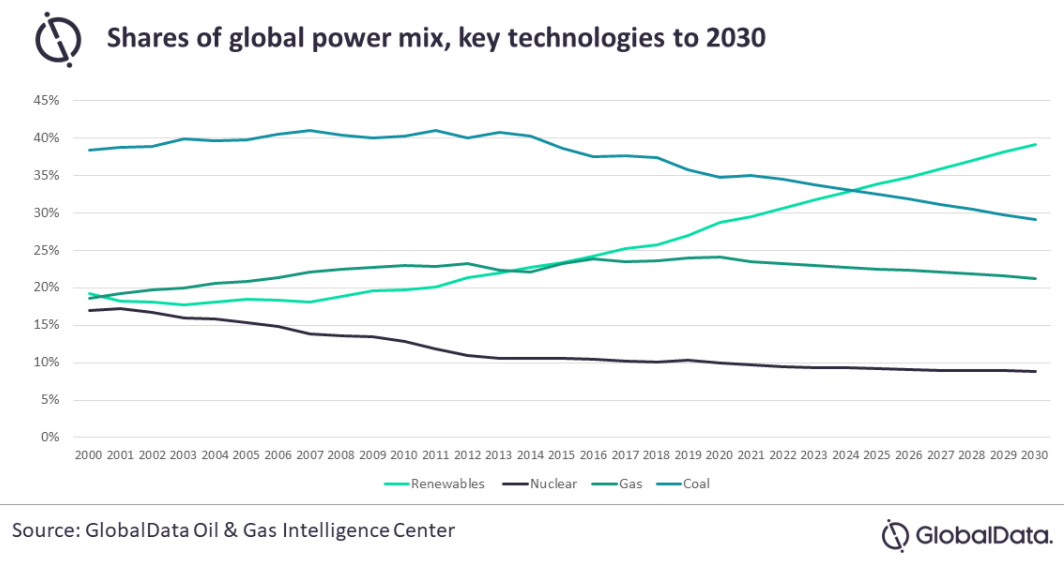 From a regional mix perspective, Europe is forecast to continue to make an accelerated shift into clean technologies, with renewables reaching 50% by 2030.

Progress is expected to be slower in North America, where renewables appear set to contribute just under 40% of generation by 2030, while rapid demand growth in the APAC region will see fossil-fuel generation retaining over a 50% share of the mix.

The findings come after the International Energy Agency (IEA) recently revealed that global renewable electricity capacity is set to expand at a “much faster pace” than prior to the COVID-19 pandemic.

The agency’s latest market update shows that capacity rose by 45% in 2020 – the largest year-on-year increase since 1999, with renewables accounting for 90% of the global power sector’s expansion last year.

“Governments need to build on this promising momentum through policies that encourage greater investment in solar and wind, additional grid infrastructure, and other key renewable technologies such as hydropower, bioenergy and geothermal,” said Fatih Birol, IEA executive director.