Tony Juniper is a writer and campaigner with more than 30 years experience working on the front line towards implementing a sustainable society at local, national and international levels.

He has received a vast array of honours and awards throughout his career, including the Commander of the Order of the British Empire (CBE) last year, and now works as executive director for advocacy and campaigns at the WWF.

I travel to a natural capital investment conference organised by Ecosystems Knowledge Network to hear Juniper give a talk on biodiversity and the role businesses can play in preserving the natural world.

After highlighting the “remarkable” progress he has witnessed over the decades, with more and more companies understanding the value of nature, he still bemoans a lack of awareness among wider society.

I catch up with Juniper after his talk to find out why he thinks that is. 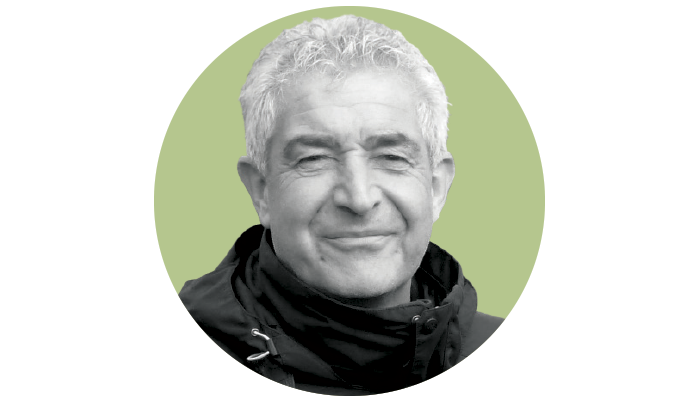 How would you define biodiversity? The WWF and I are inclined to talk about it this way: humankind is essentially dependent on nature for everything, and you can’t make profit on a dead planet. 100% of the economy is dependent on nature, and businesses are starting to get it, even though biodiversity is quite an esoteric term of reference.

So is the term perhaps off-putting to some people? It is essential to our mission conserving it, so it’s not an idea that is redundant, but it has limited scope in reaching the millions or billions of people who need to be in this conversation. So I do think we need to look closely at these phrases and words, and this conceptual mix that we have in the environmental movement, because it’s great for us, but sometimes doesn’t travel very far.

I assume you are talking about other phrases such as ‘the circular economy’ and ‘natural capital’? The research shows that most people might not be familiar with the concept of a circular economy, but that quite a lot of people are instinctively hostile to the idea of waste. And more people are realising that there is a value to nature that is essential for human health, wealth and security. We need to create a mass awakening, and if you can find those frames of reference and harness them, then more people will start to understand the terms.

What do you think could be done to increase awareness among the general public? These are all complicated environmental subjects, but bringing these ideas of ‘planetary health’ into the school curriculum – especially in secondary education – is essential, because if we are going to sort this out we are going to need a lot more awareness and knowledge. One of the effective ways to do that is through formal education, but also through the media. We have to put a lot of effort into getting the information out in the right areas.

But is this concept of planetary health compatible with economic growth? When I began my career in conservation a few decades ago, there was a prevailing sense across society, in politics and boardrooms that the destruction of nature was an inevitable price of progress, something we have to do to create economic growth and jobs, and anyone who got in the way of that was anti-people. But we are starting to realise that there are different ways in which you can measure growth.

What do you mean by that? Growing the quality of our oceans and the quality of the countryside, growing the environment that tourists go to – that is all growth, but it is not measuring the narrow GDP that economists are obsessed with. So it is about widening how we measure growth. I am not against the idea of growth, but it needs to be measuring what matters, rather than narrow metrics that give us a partial view of progress.

And will progress be made only when overall consumption falls? Inevitably, if you want to measure environmental growth as a positive thing, then you have to reduce impact, which means reducing consumption. But that might actually mean improving quality of life at the same time – which would be the ultimate goal.