Low impacts at the Inn 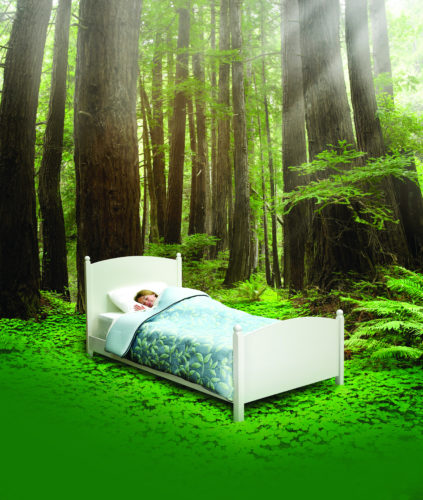 The hospitality sector in the UK is responsible for more than 3.5 million tonnes of carbon emissions each year.

The £6 million development in Burgess Hill in West Sussex includes a range of sustainable construction technologies, such as a ground-sourceheat pump (GSHP), a rainwater harvesting system and LED lighting, and is part of Whitbread’s sustainability programme, called “Good Together”, which aims to boost the environmental performance of the company’s hotels, restaurants and coffee shops.

The Burgess Hill Premier Inn is the latest evolution in environmentally friendly hotels from Whitbread, and follows the opening in December 2008 of its pilot “sustainable” Premier Inn in Tamworth, Staffordshire.

The cost of Tamworth was around 25% more than a conventional hotel would cost to build.

But the costs of many of the technologies used is falling, and Whitbread has learned from its pilot what technologies work best and in the right combination, meaning that Burgess Hill cost only 10% more to construct than a standard-build Premier Inn.

The environmental performance of the 60-bed hotel is far superior to a similar-size conventional hotel and is expected to deliver 70% carbon and 60% water savings against that of a conventional Premier Inn.

The company installed its first greywater recycling system at a hotel in Doncaster in 2007, saving about 22% on the building’s annual bill for water.

Other available green technologies – including sheep’s wool insulation, solar panels, mechanical ventilation and heat-recovery systems, recycled materials (such as plasterboard) and locally sourced low-carbon cement – were installed at its purpose-built Tamworth Premier Inn to see which were viable for future use in its 1,800-strong property portfolio.

An assessment of the site during its first year of operation by independent assessors revealed an 81% reduction in operational carbon emissions compared with a similar- size Premier Inn in Telford. There was also a 66% saving in water use.

Environment manager Ben Brakes admits that some of the technologies trialled at Tamworth were more successful than others in terms of their environmental and financial benefit.

“We wanted to see what worked and what didn’t. Heat recovery from buildings, rainwater and greywater recycling, LED lighting, sustainable timber, low-carbon cement and triple-glazed windows were all winners,” he says.

Others, particularly the sheep’s wool insulation and photovoltaic (PV) panels to heat hot water, were not so successful.

“PVs, for instance, simply didn’t work because the sun shines at the wrong time,” explains Brakes.

“The panels generate most hot water between 11am and 3pm, but the peak demands of the hotel are 6am to 9am and 5pm to 8pm.”

The introduction of the feed-in tariff has not made them any more viable. “We operate on a 10-year return on investment and the payback is simply not there,” says Brakes.

The Tamworth Premier Inn also has a GSHP to provide heating, cooling and hot water.

Although the 32.2kW GSHP at Tamworth was expensive to install, it saved 50% on the cost of energy for the site and Whitbread says that this makes it a viable technology for large sites.

“Tamworth is a small 20-bed hotel, but Burgess Hill is three times the size, so the payback on the GSHP meets our ROI [return on investment] criteria,” says Brakes.

Whitbread has installed a 40kW GSHP at Burgess Hill and the financial viability of the technology is improving all the time.

The cost of installing the GSHP has fallen considerably. Whereas Tamworth has eight 100-metre heat-source collectors, Burgess Hill has 17, with the price of boring the holes half that at the pilot hotel in Staffordshire.

Building both the Premier Inn and Beefeater restaurant together at Burgess Hill has produced environmental benefits that were unavailable at Tamworth because the pilot eco-hotel was constructed adjacent to an existing pub.

“We’ve been able to share resources at Burgess Hill and can exchange heating and cooling between the two buildings,” reports Brakes.

The GSHP heats and cools both the hotel and the restaurant, for example, which means the costs of installing the system will be paid back sooner than if only the hotel was a new build.

Whitbread will also benefit financially from its GSHPs when the Renewable Heat Incentive starts in June.

Many of the technologies trialled at Tamworth have been incorporated into the Burgess Hill development, such as the GSHP and automated light controls with motion sensors that cut energy consumption, as lights are only on when needed.

Low-flow, aerated showerheads that work effectively but consume much less water, which Whitbread developed with key industry suppliers, have also been installed, as well as dual-flush toilets and low-flow taps.

And, although the sheep’s wool insulation has been discarded, Burgess Hill still has high-efficiency thermal insulation, using both natural and recycled materials, which will further reduce energy use, by about 50%, predicts Brakes.

The rainwater and greywater recycling system at Burgess Hill is much the same as the one installed at Tamworth.

The water is collected in an aerobic treatment tank and filtered to separate solid waste, biomass and bacteria, and provides 100% of the hotel’s toilet water use, saving 20% of its total water consumption.

Like Tamworth, Burgess Hill is a timber-frame construction, using wood from sustainable sources, and has timber flooring instead of concrete floors. Whitbread is continually trying to improve the environmental performance of its new builds and is also trialling some new technologies at Burgess Hill.

These include a mechanical-ventilation heat-recovery (with air-to-air heat pumps) system to extract waste heat from the Beefeater restaurant and kitchens to pre-heat the hotels domestic hot water. Heat is also recovered from wastewater. Sun pipes, which reduce the need for artificial lighting by increasing natural light, are also being used for the first time.

Brakes acknowledges that Whitbread will not be able to retrofit many of the technologies used in Tamworth and Burgess Hill to existing Premier Inns and buildings in the company’s estate. Yet some are being installed as part of the company’s refurbishment activities.

“LED lighting makes an enormous difference to energy consumption. Installing them is a ‘no brainer’ as the ROI is now down to two years and most are guaranteed for three!

GSHPs are out of the question at many existing sites, due to their location in built-up areas, but Whitbread is currently investigating the viability of air-source heat pumps as an alternative.

How people use buildings is often the key to the environmental performance they deliver rather than the most up-to-date technologies and building management systems.

“You can install the most efficient equipment and controls on the market, but as soon as there’s human involvement, the best-laid plans can falter.

"It’s vital to coach people to make sure they get the message and understand the importance of conserving this precious resource,” comments Chris George, head of energy and environment at Whitbread.

Technology can help eliminate some variation in behaviour. Cardentry systems that control room temperature and lighting controls are ubiquitous in the hotel industry, while hotel windows that do not open, ensuring a building’s thermal envelope is retained, are also becoming common. Burgess Hill has both. Information is also important.

Each hotel room has a pamphlet advising customers to turn off taps and to shower rather than take a bath, for example.

But it is not just about changing customer behaviour; employees also need to work in ways that enhance, rather than damage, the environmental performance of a building.

Whitbread has worked hard to raise awareness of energy and water issues among its workforce and to encourage them to adopt working methods that reduce environmental impacts. Premier Inn housekeepers carry cards with tips on going green.

The tips include: save water and only flush the toilet the minimum number of times necessary during room cleaning; only operate dish/glasswasher and washing machines with full loads and where possible use 30°C laundry programme; and report any maintenance issues such as dripping taps or running toilets as soon as possible.

Kitchen staff are also being weaned off potentially environmentally damaging behaviour through a combination of equipment and education.

“Staff would typically turn on all the gas burners to warm up the kitchen first thing in the morning. The introduction of induction hobs and raising awareness is changing that behaviour,” explains Brakes. Behaviour change is also supported through rewards for hotel managers, which are linked to improving environmental performance.

Managers have a target to reduce energy consumption by 3% per annum, and this goal accounts for a percentage of their annual bonus.

They each receive a monthly energy and water footprint report based on the meter and billing data, so they can monitor performance and identify where consumption is diverging from the expected norm.

“Sub-metering is important for spotting specific changes in consumption and gives managers more control over what’s happening on their site,” says Brakes.

Whitbread is extending sub-metering wherever possible.

Meters monitor all the system at Burgess Hill, enabling Whitbread to effectively measure and evaluate every piece of equipment.

Brakes offers the standard management refrain: “You can’t manage something if you don’t measure it,” before adding that monitoring also helps us “detect problems.”

Smart metering is common throughout the estate.

Whitbread has invested £600,000 in automatic meter reading (AMR) equipment over the past few years to log electricity, gas and water use, and it is already generating a payback.

The water data, for example, goes automatically to Waterscan, which collates all the information and provides Whitbread with real-time consumption reports, helping to detect leaks.

The Premier Inn at Chichester gives an indication of the scale of the financial savings that can be achieved from stopping leaks. The company discovered a leak through the AMR logger at the hotel. Repairing the leak saved the company £8,000 a year.

Maintaining equipment can be a potential problem because some of the technologies have been so rarely used in the UK that there is insufficient maintenance capacity.

Repair and maintenance of the GSHP installed at Tamworth relied on engineers based in Cornwall, which meant that if there was a fault the system would have been down for a considerable period.

Now, Whitbread has trained its own maintenance staff to maintain the technologies it is installing at its sites.

Whitbread plans to open 3,500 hotel rooms this year – equivalent to another 42 Premier Inns the size of Burgess Hill – and each building will use some of the technologies trialled at Tamworth and developed further at Burgess Hill. The company is not resting on its laurels, however.

It is determined to continually push its use of sustainable construction methods and materials, and energy efficient technologies, as it seeks to achieve by 2020 its Good Together target of reducing the operational (Scope 1 and 2) carbon emissions from its estate by 26% against 2009 levels.