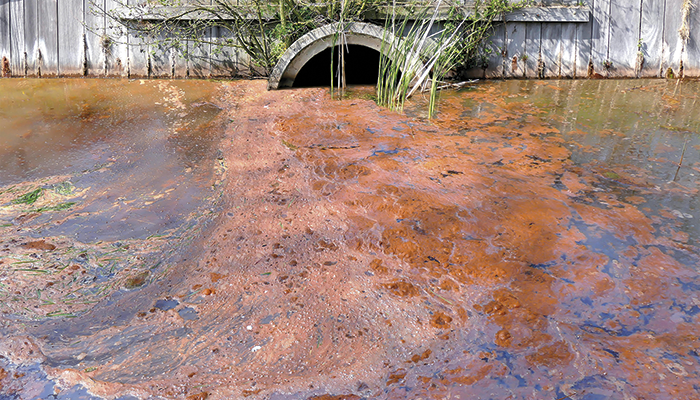 Harron Homes, a housing company based in Leeds, has been fined £120,000 for illegally polluting a watercourse.

The pollution originated from a construction site in Huddersfield, where contaminated run-off had entered a tributary of Grimescar Dyke.

The breach was discovered by a visiting officer for the Environment Agency, who noticed polluted water flowing from the entrance of the construction site. It was also found that the company was pumping silt-contaminated water from the site excavations, which also entered the watercourse.

Harron Homes reacted to those findings by setting up settlement tanks. These systems proved to be inadequate, however, with more pollution incidences occurring in November and December of 2015.

Samples taken from the discharges showed that they were having a significant impact on the water quality in the watercourse up to three kilometres further downstream.

Mark West, environment management team leader at the Environment Agency, commented that: “These pollution incidents had a significant impact on the water environment over a number of weeks, and were entirely avoidable.”

He added that: “In West Yorkshire there has been a worrying increase in the number of pollutions incidents reported to us that, on investigation, are attributable to the construction sector.” In mitigation, Harron Homes told the court that it had now put procedures in place to prevent future pollution incidents.