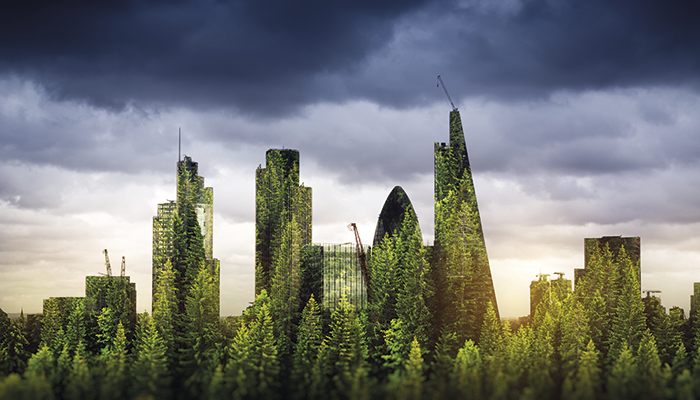 As chair of the London Assembly Environment Committee, Leonie Cooper is charged with ensuring mayor Sadiq Khan does not lose sight of the important environmental challenges facing the city amid Brexit uncertainty. She is actively shaping the capital’s environmental agenda, providing many of the recommendations in the 2017 draft London Environment Strategy, with a final version due this year.

After hearing Cooper give a speech at her offices in City Hall, I catch up with the influential politician for a discussion about the environmental issues facing London, hoping to gain an insight into how these challenges are being tackled.

She starts off by expressing pride at seeing her proposals included in the strategy, particularly those to increase biodiversity through expansion of green spaces. However, with approximately 47% of London already classified as a green space, I ask why this is such an important issue to her? “Well, a number of green spaces have been left fallow for many years, and a lot of the space is private,” she explains. “There is no point having ‘green jewels’ that have a lot of money put into them, like Richmond or Hyde Park, if other spaces are left to deteriorate.”

The mayor wants London to become the world’s first ‘national park city’, increasing the amount of green spaces in the capital to 50%. However, Cooper warns this is likely to prove particularly difficult, owing to cuts to local authority budgets and the number of green spaces that are already planned to be built on.

“It is absolutely critical that we try to increase green space, and baseline our wide diversity of fauna and flora,” Cooper says. “Without a structured approach, the chance of losing it is very strong.”

Other features of the draft strategy include the development of green roofs and walls, with plants, grass, trees and rain gardens incorporated in new developments using a new ‘urban greening factor’ – another of Cooper’s recommendations. On the back of her suggestion for a ‘green champion’ for London, the draft strategy takes the idea further by introducing a whole committee to ensure green spaces are not rolled back. “You have to think really hard about how you incorporate green space, not only in a specific site but how you join that with the surrounding area,” Cooper explains. “As we build more structures, we must make a conscious effort to keep nature in.”

Although the draft strategy has received much praise, Cooper stresses that one of the biggest challenges facing London will be improving air pollution if it is to become a zero-carbon city by 2050. A report released by the London Assembly last year revealed that 95% of people living in the capital inhabit an area that exceeds World Health Organization guidelines for toxic air particles; a problem that is responsible for 29,000 premature deaths in the UK every year. An emissions surcharge on the most polluting petrol and diesel vehicles – the T-charge –has since been introduced in the city, while funding for tackling air quality is set to double to £875m in the next five years.

Cooper enthuses about further “exciting” plans, such as a move away from private vehicle ownership towards high-quality mass transit transport systems, with active travel very much emphasised.

However, she believes air quality will only be addressed with improvements to buses and planes, cooperation from Heathrow, and support from the government, which has so far “not really been on the same page”.

“I understand why – they seem to be completely distracted with Brexit at the moment, to the point that it seems like the rest of the world doesn’t exist,” she says. “But we can’t wait for years of negotiations to finish; people are really struggling with poor air quality now and we have to get on with it.”

Cooper admits a transition to a zero-carbon economy will require a lot of change, and that scaling the use of renewable energy will be key to this. Although praising the government’s efforts to cut back on coal use, she has serious concerns about its approach to fracking and nuclear energy. “They seem to be allergic to the idea of wind farms, which I think is just ridiculous,” she exclaims. “We are an island, and there is plenty of wind that comes our way.”

It is perhaps unsurprising that the government comes in for much criticism, with Cooper also lamenting reductions to the solar power feed-in tariffs and renewable heat incentive,and the disbanding of the Department of Energy and Climate Change. However, she adds: “Even non-Labour politicians like former Conservative cabinet minister Lord Deben have been very critical about our failure to move ahead with some of these things – I really hope the government starts to move forward.”

As well as chairing the Environment Committee, Cooper is also a member of the Housing Committee, and has worked as a sustainability manager for a large housing group. Figures from charity Shelter reveal average house prices in England are now almost seven times what most people can afford, with more than 2,000 people sleeping rough every year.

This is at the heart of the housing crisis in London, according to Cooper, who says there has been insufficient housing at certain prices, particularly at the low-cost end. “So lots of people have ended up in the private rental sector, and landlords have rubbed their hands and put up the rents,” she explains. “The reason we have a housing crisis is, in simple terms, a lack of supply.”

Cooper goes on to cite various statistics, one being that just 3% of people under 40 are currently buying houses. “It is a phenomenal figure that is ridiculously low,” she says. “We need to ramp up a huge housebuilding programme – but you can’t do that overnight – the mayor said it was going to be a marathon, not a sprint, and he is right.”

Some commentators have suggested cutting immigration could help stem housing demand in London, but Cooper is keen to point out that the housing crisis took root before Britain opened up its borders to Eastern European migrants in 2004. “Cutting immigration may have a small effect at the margins, but it is not the cause of the crisis,” she continued. “So it is irrelevant really – it is a demographic change that has made a big difference, along with families breaking up and people living longer.”

She is also keen to stress that building on the green belt would be “an enormous mistake”. The London Chamber of Commerce and Industry said at the end of 2017 that it had identified poor-quality areas of undeveloped land on the green belt, equivalent to 500 football pitches, with the potential for some 20,000 homes.

However, Cooper continued: “If every single brownfield site had definitely gone then I might consider looking at some of the really dreadful bits of the greenbelt – but that isn’t going to happen for year and years, so we don’t need to.” 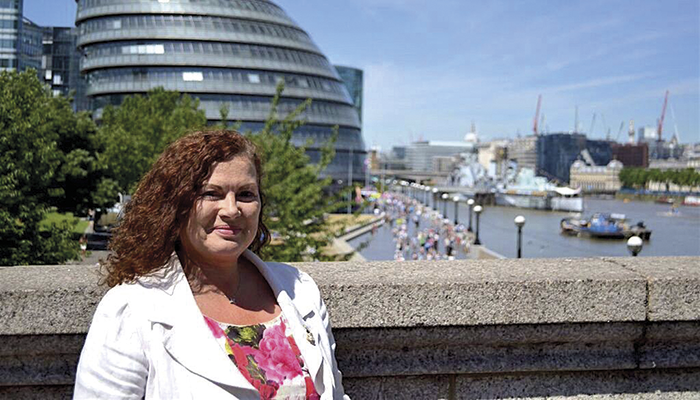 Waste not, want not

One of the key features of the changing environmental landscape in London should be a transition to a circular economy, according to Cooper, with a report from her committee revealing that the capital could cut its waste by 60% if it adopted these principles. Doing so could also provide £7bn to London’s economy, creating 12,000 new jobs by 2030.

She argues that the current waste management model is unsustainable. “If the population of London is going to increase from 8.8 million to 10, 11 or 12 million, we have to stop living in a way in which we buy something then throw it in the dustbin, before it is cast away, stuck in the ground or burnt,” Cooper says.

She outlines how this will involve large corporations like eBay allowing people to share products they no longer want online, and thus extending lifecycles. However, Cooper stresses that this is also an opportunity for small businesses to exploit.

One of the biggest obstacles to extracting the maximum value from products is London’s recycling rates, Cooper explains. Her report reveals that recycling levels have fallen back to those of 2010, while a separate study by waste management company Viridor reveals that just 43% of people in the UK are confident that they put their rubbish in the right bins.

Cooper says that a lack of standardisation has contributed to this, with various recycling methods across different boroughs: “Can you imagine what a nightmare it would be if, every time you crossed a borough boundary, the traffic lights meant something different?”

She is actually not a fan of the term ‘circular economy’, suggesting that most people have no idea what it means. “We are asking people to change their behaviour, and the best way to do that is to make it easy for people to understand,” she adds. Despite these challenges, Cooper says there is a vision for improving sustainability, health, biodiversity and prosperity that encompasses transport, energy and housing. However, there is a reminder that this is all being implemented against a backdrop of economic uncertainty surrounding Brexit, as well as the ongoing security challenges facing the city, with the mayor also responsible for the police force and fire brigade.

“Unfortunately, these challenges are having to be addressed against quite a difficult background,” she continues. “But I am optimistic for London, and we have thought very hard about how to deliver on the environment. It’s not like we have another earth in our back pocket.”