Top energy economist Dieter Helm has a reputation for not mincing his words. He talks to Huw Morris about Brexit, vested interests and why the UK is in a mess about waste.

Whenever the leading energy economist Dieter Helm thinks about the consequences of Brexit, he recalls the line from The Eagles’ Hotel California: “You can check out any time you like, but you can never leave”. He feels this is an apt metaphor for what he describes as “the long transition from the current mess to more and more compromises for many years to come”. Helm is particularly outspoken about no-deal Brexiteers, calling them “dangerous utopian fools”.

“The diehards want us to do just that: they want us to die hard,” says the Oxford University professor of energy policy. “They imagine it would be some great cathartic moment of the British bulldog spirit, manning the customs desks and immigration desks at the ports, and that the Dunkirk spirit would turn what some of them think is a fat and lazy economy – as the trade secretary once called British business – into a heroic stoicism, as we stride out across the globe, striking trade deals in the way the Royal Navy once ruled the waves.”

“When you look back at how money has been spent in the past 10 years or so, you see that we could have spent some of the renewable subsidies better”

Helm has an independent mind – and speaks it. At the start of his Cost of Energy Review, published for the UK government last year, he said: “the analyses and recommendations are mine alone.” The review concluded that the cost of energy is higher than it needs to be, and that smart energy technologies and the falling cost of renewables have not resulted in businesses benefiting from cheaper supplies.

He did not win many rounds of applause for citing Contracts for Difference (CfDs) auctions, feed-in-tariffs (FiTs) and Renewables Obligation Certificates as “legacy costs” that significantly contribute to rising energy prices. He believes these should be separated, ringfenced and parked in a legacy bank, with businesses exempt from all associated costs. CfDs and FiTs should then be phased out and subsumed in an Equivalent Firm Power Capacity auction.

Helm sees a unified carbon price as the most efficient way for the UK to meet the Climate Change Act’s target for emissions to be 80% lower in 2050 than they were in 1990. This would be cheaper than continuing with market interventions. He sees the inability of market participants to grasp all the various interventions as itself likely to increase energy costs.

“No minister or civil servant saw any draft of the report,” he says. “I had been thinking about the issues for 35 years.

I sat down and wrote it and answered the precise questions I was asked.

“I worked flat out on it for 12 hours a day over two and a half months. It was totally exhausting, but important and worth doing. I am pleased with the report, whatever anybody else might think.”

Helm has described renewables as the “new conventionals”, and his relationship with them has been fractious at times. Indeed, he sees many of his critics as vested interests that benefit from the high cost of energy. “Renewables UK, like the National Farmers’ Union and the British Medical Association, is a lobby group for a particular set of interests in a policy context in which large subsidies are at stake,” he says. “The idea that I, as somebody who is completely independent, would necessarily agree with everything that Renewables UK or anyone else would say is absurd.

“When you look back at how money has been spent in the past 10 years or so, you see that we could have spent some of the renewable subsidies better and got more carbon results and more bang for our buck.”

Helm would have devoted £1bn of the estimated £30bn in offshore wind subsidies to back a carbon capture storage demonstration project, especially in the light of the UK’s head start in developing this type of technology under its legacy of empty oil and gas wells in the North Sea.

“It is not surprising that policy activities make mistakes and errors. I think more money should have been spent on research and development, and less on offshore wind,” he says. “Spending £1bn would have funded a massive research and development programme when we need new technology to crack climate change. That would be a sensible policy to suggest.”

The onslaught of new technologies and innovation will remain radical and relentless, with artificial intelligence, robotics and the digital world transforming what is possible for industry and energy systems alike. This, Helm says, will create “huge uncertainties”, especially around the “social and political dislocations” that will take place. However, there is no debate over whether technological changes will take place, he argues.

“My guess is that, not too far into the future, existing wind and solar technology will look primitive compared to what is coming,” he suggests. “I did my thesis on a typewriter with Tipp-Ex and carbon paper, and the iPhone is 10 years old. Does anyone think technological change will get any slower?”

While everything changes, some things need to stay the same. As chair of the government’s Natural Capital Committee, Helm had a major influence on the UK government’s 25-year environment plan and its central objective of leaving the natural environment in a better state for the next generation. His drive to establish a value for natural resources to encourage their conservation, and to embed the principle of net environmental gain, has been accepted by some parts of the government – but not all of it.

The principle of natural environmental gain, while championed by Defra, is so far not a feature of major infrastructure projects. The revised National Planning Policy Framework published in July, which governs policy direction and is cited in most planning appeals and law cases, makes a few references to ‘biodiversity net gain’, but suggests that it is up to local planning authorities to prepare their own policies on securing measurable net gains. Veterans in the sector see this as a recipe for more confusion, a lack of consistency and a further proliferation of approaches that are unlikely to make life easier.

Helm is undeterred: he claims net environmental gain has been “accepted and integrated into the planning system” and says he will advise the National Infrastructure Commission on the issue. He points to forthcoming government legislation on agriculture and the environment as “work in progress, but pretty fast progress nonetheless” – especially considering there have been five environment secretaries in the past eight years. Of the environment plan, he says: “I would not expect it to be what I would ideally like, but it’s very good and goes in the right direction.” 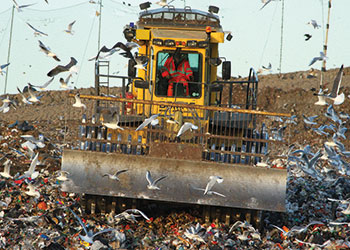 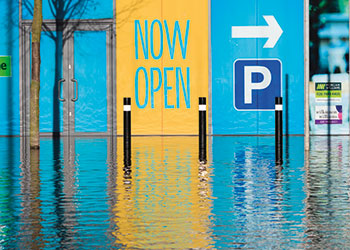 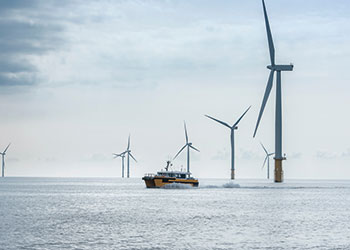 Proposals for the future

One area in which the UK could do significantly better is waste, which Helm describes as “a complete mess” and the legacy of an “out of sight and out of mind” approach to policy. “The outcomes are pretty dreadful, leading to a lot of criminality and a massive problem with plastic, among other things,” he says. “You can’t possibly say our current policies and institutions have delivered good outcomes, and that leads to the conclusion they are not fit for purpose.”

Here, Helm calls for a return to first principles. “The first thing to sort out is whether we should get rid of something or see it as a resource that ought to be managed. Landfill is a remarkably primitive way of doing things, unless it’s for storage and future use.

“Somebody has to be in charge of that framework, and I don’t think the Environment Agency is the appropriate body – we need an environmental protection agency. This is no criticism of the staff involved, but the current Environment Agency was cobbled together in 1991 out of the Ministry of Agriculture, Fisheries and Food, water, Her Majesty’s Inspectorate of Pollution and the National Rivers Authority. It was a compromise, in which the policy would have to be sorted out afterwards.

“It has about 10,000 employees and is bigger than many of the major companies on the FTSE 100 Index. It has an impossible task, running a workforce doing major capital programmes for flood protection as well as regulation, policy and enforcement. It’s a tribute to the staff that they have managed to do the whole thing at all.”

Helm says floods dominate the Environment Agency’s attention and spending to the extent that, whenever it rains, senior management “will always be distracted from landfill and fly tipping”. His starting point for reforming policy would be to split up the Environment Agency and devote resources to properly carrying out waste regulation, supported by a strong legal framework.

The forthcoming environment bill is expected to include a new green watchdog and offers the opportunity for desperately needed change, says Helm. His idea of an environmental protection agency is one that is “small, powerful and capable of prosecuting government as well as private violations of the law”.

All of this will be in the context of the UK leaving the EU. Helm argues that it is an economic fact of life that trade is about standards. Those standards are set by the world’s big economies – the EU, the US and Japan; every country follows one of these blocks for its rules, and then these big blocks do trade deals between themselves. Close neighbours who trade with each other are in permanent negotiations over their relationships, he says. “It’s a process that will go on and on forever and just like the Hotel California, ‘you can check out but never leave’. Those who refuse to see that are from another planet.”

2004 - Appointed to Prime Minister’s Council of Science and Technology

2015 - Natural Capital: Valuing the Planet and The Carbon Crunch published