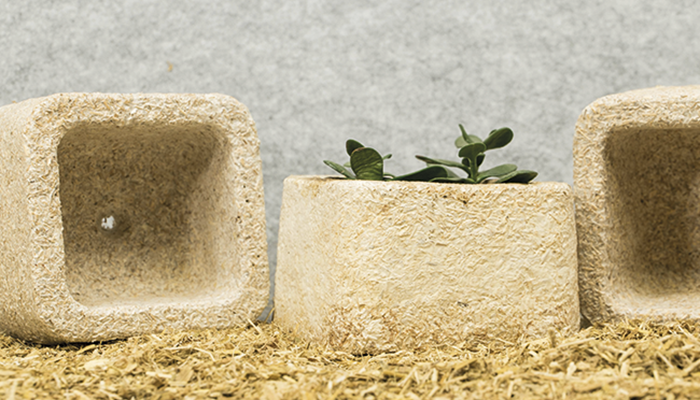 Human ‘progress’ can place a heavy burden on our planet, but it can also inspire innovative solutions 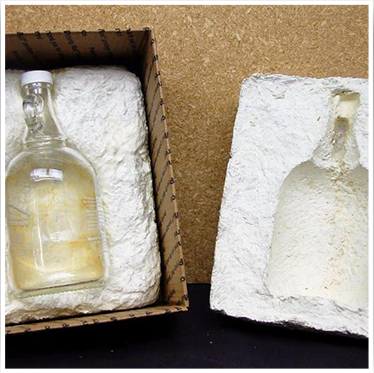 For over a decade, Ecovative Design has been using an innovative technology to make sustainable alternatives to plastic and polystyrene foams for packaging and building materials. Its products are grown from mycelium – the vegetative part of a fungus – which, when combined with non-food agricultural materials, produces a foam-like substance that can then be moulded into various shapes, before being left to set.

The idea developed from a university project in the US by founders Eben Bayer and Gavin McIntyre, and has evolved into a company described by Packaging World magazine as being “poised to be a game-changer across various industries”.

Computer giant Dell now uses Ecovative Design’s EcoCradle for its products, along with manufacturer PUMA and furniture company Steelcase, with CEO Bayer saying businesses across the world are looking for ways to produce healthier, safer and better performing products.

“Sustainable solutions can be found in nature’s toolkit, but mainstreaming applications requires expanding awareness and accelerating innovation,” he explains.

The biomaterials take an average of seven days to grow, and do not degrade without exposure to living organisms such as soil and moisture, but, when broken down into small pieces and placed in the elements, should return to the earth in approximately one month.

They are built to last, and are used to create protective packaging for items like televisions and furniture, home accessories, and other smaller, complex shapes, while the firm has also developed a manufacturing system to grow large block of mycelium composites, which can be used in structural applications such as door cores, and for building construction.

Although the technology and processes are a trade secret protected by patents, the company has started to offer a ‘grow-it-yourself’ kit, available to the general public. 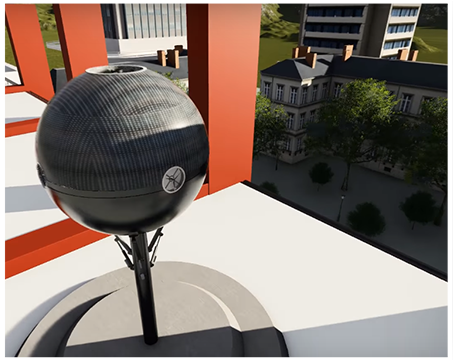 Led by four young entrepreneurs and science researchers, I-Fourth, a major environmental project and growing international company, was born in a student room in the heart of Manizales, western Colombia, in December 2016.

At the core of this start-up sits the invention of a HyperGenerator, which has the capacity to provide clean water, clean energy, purified air and valuable ecological data – all in one device. It is a world first and could improve the lives of billions of people across the planet.

Vahram Ayvazyan has had a prestigious career in social and global enterprise. A well published genocide scholar, he has a background in international politics, and has travelled the world to promote climate change and human rights. He was trained as a climate reality leader by former US vice-president and Nobel Peace Prize winner Al Gore.

The main focus of the generator is fourfold:

The HyperGenerator’s innovative design is anticipated to transform up to 500 litres of atmospheric moisture into drinkable water on a daily basis. The design also has an output of around 3-4kw per hour, which is sufficient to provide power to a small house for instance.

As such, the HyperGenerator has the potential to both improve the heavy burden of populous cities and to facilitate life in remote rural areas. It will revolutionise urban management and help develop smarter cities throughout the world.

The company’s motto is “think globally, act locally” – one that will continue to resonate with anybody who has come across I-Fourth. 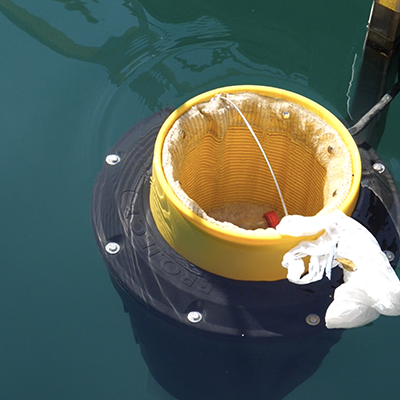 Seven years ago, the Seabin Project had its genesis when sailor and boat builder Andrew Turton was travelling the world and thought “if we can have rubbish bins on land then why not in the water?” Turton teamed up with fellow boat builder Pete Ceglinski and the two launched the Australian Seabin Project in 2015. A year later, French harbour equipment supplier Poralu Marine became the project’s exclusive partner and distributor, while six other companies joined forces to help test and improve the seabins.

The V5 Seabin is a floating interception device, designed for installation in marinas, yacht clubs, ports, and any body of water with a calm environment, costing just $1 to run each day.

It collects all types of floating rubbish by sucking water from the surface of the ocean, filtering it through a catch bag inside the Seabin using a submersible pump, before pushing the water back out, and leaving trapped litter and debris for disposal.

Seabin’s head of scientific research and education, Sergio Halpern, said: “Plastic is now ubiquitous in the world’s oceans and inland waters and, although the full impact remains to be assessed, the damage to wildlife and even humans is visible.

“The current bins are placed in ports and marinas. However, as we advance our technology, we will be able to design improved seabins to be placed in different environments, increasing our impact.” On average, each Seabin captures 1.5kg of rubbish per day or half a ton each year. Cigarette butts make up 29% of the debris, followed by plastic pieces and food wrappers at 28% and 26% respectively, while it can also catch microplastics down to 2mm small.

The project has also evolved into a an educational initiative, and there are now five countries where Seabin Global Ambassador Programme lessons have been included in the school curriculum. More than 4,000 students have been introduced to the issue of ocean pollution as a result.

“Seabins are just part of the solution,” says Halpern. “The real answer is found in education and changing our habits, especially around consumption of single-use plastic.”