China battles pollution with forest the size of Ireland 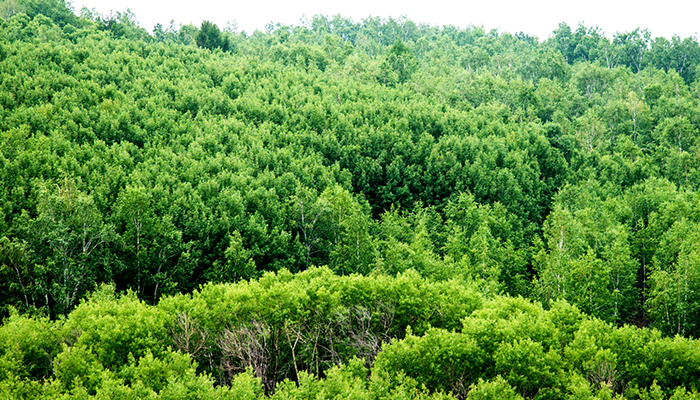 China has announced plans for a “massive greening campaign” that will include planting 6.6m hectares of forest this year – an area almost the size of Ireland.

The State Forestry Administration of China said the country would increase its forest coverage from 21.6% to 26% by 2035 as part of a modernisation blueprint to strengthen its fragile ecology.

An area of 33.8 million hectares has already been grown nationwide in the past five years, more than in any other country, with over ¥538bn (£61bn) spent on reforestation during that time.

“Cooperation between government and social capital will be put on the priority list.”

The plans come four years after China announced a “war on pollution”, with forest expansion and the cleaning of rivers becoming increasingly important as it attempts to shed its polluting image.

The new forest areas will be built in the northeast Hebei province, the Qinghai province in the Tibetan Plateau and in the Hunshandake Desert in Inner Mongolia.

At its 19th National Congress in November, China's ruling party outlined its vision to make the country “prosperous, strong, democratic, culturally advanced, harmonious and beautiful” by 2050.

However, Zhang said: “Inadequate forestry resources were a significant cause of China's fragile ecology and the lack of ecological products.”

It is estimated that the aggregate output of the forestry industry will reach ¥7.5trn in 2018 compared with ¥7trn in 2017, while the imports and exports of forestry products will rise to $160bn from $150bn.