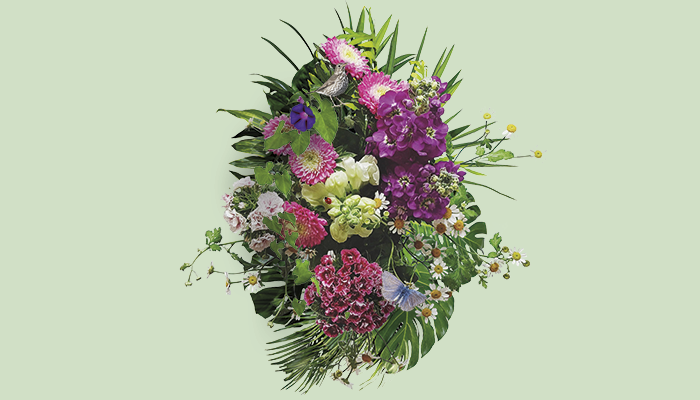 The nature crisis, biodiversity loss, the ecological emergency – whatever you want to call it, the issue has been rising up the agenda fast. More than half the world’s GDP is reliant on nature, and while it is still playing catch-up to climate change in terms of exposure, the relationship between the nature and climate crises in terms of causes and solutions is putting biodiversity in the spotlight. Initiatives making climate change central to business planning have given us the experience necessary to do the same for nature.

The Science Based Targets initiative has worked with businesses since 2015 to help turn international climate change goals into achievable and proportional business targets. The organisations behind it – CDP, the UN Global Compact, the World Resources Institute and the World Wide Fund for Nature (WWF) – are working on science-based targets for nature.

The idea is that a company will set itself different targets for freshwater, biodiversity, land and oceans, which will depend on its sector and business specifics – but all companies will follow the same structure, which will aim to avoid nature loss and reduce the pressure on nature; restore and regenerate ecosystems and species; and transform underlying systems to address drivers of nature loss.

Though work on the framework for nature targets is at developmental stage, initial business guidance was launched last autumn (bit.ly/37EXQzD). This sets out illustrative targets, such as zero deforestation, and targets on water withdrawal and consumption in line with the existing CEO Water Mandate (bit.ly/37APBEy).

Around 40 companies, industry coalitions and consultancies have signed up to the corporate engagement programme to road-test potential methods and tools. Some sectors are ahead of others when it comes to awareness of the risk and of the dependencies between nature and business, according to Erin Billman, executive director of the Science Based Targets Network (SBTN). Though the network had assumed that much of the interest in science-based targets would come from companies that already had a science-based target for climate, this has proven to be the case for less than half of those currently engaged, she says.

“It’s the food and agricultural, retail, apparel, mining and extractive companies that are involved – they see their impacts and dependencies on nature more directly, and therefore already have more awareness when they come to us.”

The network wants to build from the existing framework for science-based climate targets, rather than create a whole new approach. However, there are fundamental differences between climate change and nature depletion that will need to be taken into account – for example, impacts on nature are often dependent on location and season, and nature lacks the single unit of measurement that greenhouse gases provide for climate change.

While the SBTN is not expected to fully launch the nature targets till the end of 2022, elements are being launched on a rolling basis, explains Billman. These include pilot projects for freshwater, launched in February to road-test new methods for target setting to ensure they are as impactful, cost-eff ective and as easy to implement as possible.

"While a company can’t set a science-based target for nature today, there’s plenty of no-regrets actions that they can take – they should not be waiting, because the issue is urgent,” Billman says.

Cosmetics company L’Oréal is a member of the corporate engagement programme; according to its environmental leadership director Rachel Barré, almost 70% of the raw ingredients in its products come from nature.

“Tackling nature as a science-based target is not something we can do alone – it requires collaboration, and innovation in new tools,” she says. “So we decided to join the SBTN to co-create the methodology.”

The firm has worked with the Biodiversity Consultancy to develop a land-use matrix for assessing the land use required along the value chain, including the nature of the activities located in each area and the sensitivity of ecosystems there. Its targets include a commitment that the total land occupancy involved in sourcing its ingredients will be no more in 2030 than it was in 2019, and that 100% of the bio-based ingredients for formulas and packaging materials will be traceable and from sustainable sources by 2030.

The company is hoping to share its tool within the SBTN, Barré says. “This is exactly the intent of the working group – we can share with each other, adapt and upgrade the approach. I don’t think one company has the solutions on nature alone.”

The initiative is being led by think tank Global Canopy, the UN Development Programme, the UN Environment Programme Finance Initiative and the WWF, which have set up an informal working group to devise a work plan and framework for the taskforce for when it launches in the second half of 2021.

More than 70 companies and financial institutions have so far joined the informal working group, including Rio Tinto, Rabobank, GlaxoSmithKline, Ernst and Young – as have the UK, French, and Peruvian governments, the World Economic Forum and the World Bank.

Chris Hart, senior sustainable finance associate at Global Canopy, says the TNFD had been established because the TCFD had not wanted to broaden its scope to include nature. “I think that was right because they’re at a critical stage of uptake, and to confuse organisations by changing the scope of it now would do more harm than good.”

The TNFD is working closely with the TCFD to align the processes as much as possible, Hart says. “The hope is that businesses and fi nance institutions that are setting themselves up internally to report against the TCFD will be able to take a lot of that investment in people and time and apply it fairly easily to the TNFD,” he says. “That’s the objective, though we know that there will be wrinkles due to the increased complexity of natural capital-related risks.” Bas Rüter, director of sustainability at Rabobank and co-chair of one of the informal working group’s workstreams, says the process is benefitting from the TCFD’s previous work. “Financial institutions are willing to pick this up quickly, though I see a slightly slower uptake in the multinational companies, with the exception of the food sector,” he says.

He defends businesses from criticisms that they are still not disclosing sufficiently on climate, such as a “Resource companies have concerns around sticking their head above the parapet in terms of providing greater transparency” recent review by Client Earth lawyers that found significant flaws in company reports (bit.ly/37Cw06R).

“It took us 100 years to come up with accounting when it comes to securities and money,” he points out. “We are two or three years from the starting point on carbon dioxide – we’ve only just started. There are definitely laggards who try to avoid the whole topic until they are forced by legislation, but I see central banks moving very rapidly – so even if some financial institutions want to ignore it, soon they will no longer be able to.”

Hart acknowledges some businesses’ reluctance to disclose. “Resource companies in particular have concerns around sticking their head above the parapet in terms of providing greater transparency – they equate that to making themselves a target for not doing enough,” he says.

“Companies in some instances don’t feel they get any reward for providing greater disclosure. And that’s a problem, because it doesn’t speed up the move to a more transparent system. We have to find a way of rewarding companies to take the extra steps, particularly those that are trying to implement new sustainability measures.”

Theresia Ott, head of environment at Rio Tinto and a member of the informal working group, hopes the TNFD will raise the profile of nature risks, just like the TCFD has for climate change. “Having the data in front of investors has really changed the conversation and pushed things forward much faster than if we were just having general conversations,” she says.

The message of the TNFD needs to be simple in order to bring people on board, she adds. “Rather than focusing on all the different types of biodiversity and wondering whether to look at ecosystem processes or species, and getting stuck in the complexity of biological diversity, we should just focus on what companies need to be aware of, and how they should respond in order for us to be comfortable that biodiversity is being protected.”

To find out more about getting involved in the TNFD, contact [email protected]