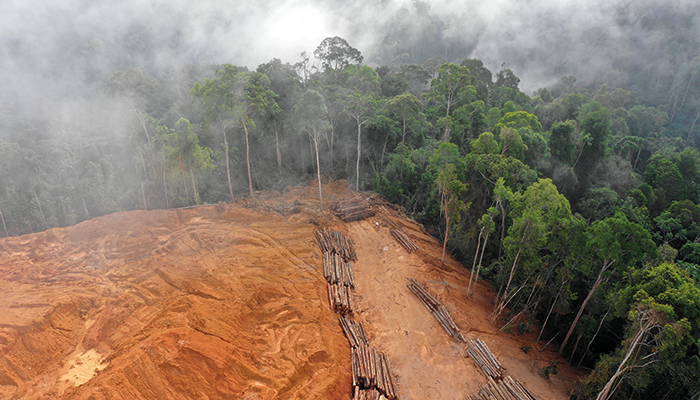 Deforestation in the Amazon has increased by one-third during the past year and must be banned as a matter of urgency, the WWF has warned.

Data from Brazil's National Institute for Space Research shows that deforestation alerts in the Legal Amazon increased by 33% to 9,205km2 between 1 August 2019 and 31 July 2020. Fires were 55% higher in the first two days of August than in the same period last year, and there were more fires in July than there have been for a decade.

WWF Brazil has called for five emergency measures, including a five-year ban on deforestation in the Amazon. Others include increased penalties for environmental crimes, immediate resumption of the Action Plan for Prevention and Control of Deforestation in the Legal Amazon, demarcation of indigenous and quilombola lands, and the restructuring of the environmental authorities.

The WWF has said that the UK government can help protect the Amazon rainforest by using its Environment Bill. “Deforestation in the Brazilian Amazon is leading to an increase in devastating fires,“ said Sarah Hutchison, head of conservation programmes for Latin America at WWF UK. “Many forest areas are illegally cut, left to dry and then burned.

“The UK government can play their part in preventing this with new laws requiring companies to cut deforestation out of their supply chains. The Amazon is on the edge and the time to act is now.“