A minority voice? The sceptical environmentalist 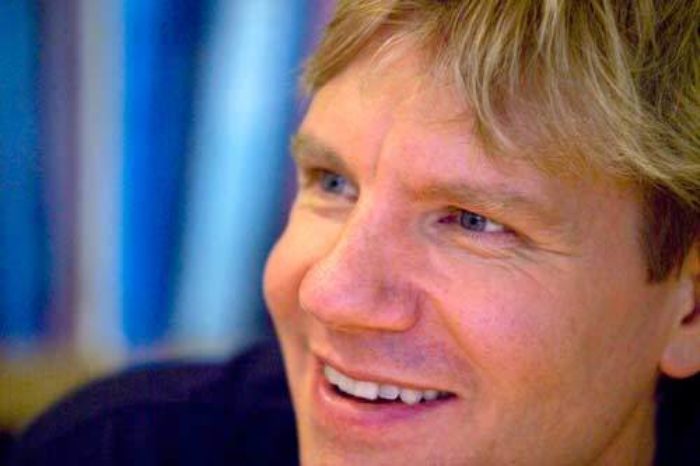 A sceptic is someone who questions or doubts accepted opinions.

Bjørn Lomborg, author of The Sceptical Environmentalist, challenges many “orthodox” views about climate change, but one thing he does accept is that man-made global warming exists: he is no climate change denier.

And, despite ruffling more than a few feathers in the green movement, the Danish academic still considers himself an environmentalist.

“I’m an economist, a statistician and an environmentalist,” he claims.

“I apply a cost benefit analysis to different things that we are doing. That’s the economist speaking. That has to be informed by the state of the world, and the size of the problem – that’s the statistician part of me.

"Then there’s my environmentalism. That’s from my youth, when, like a lot of people, I was concerned that the world was coming apart, and governments weren’t doing anything to stop it.”

Fast-forward 25 years or so and some environmentalists level the same charge at Lomborg. While many view climate change as the most pressing of global problems, requiring immediate action, Lomborg has other priorities.

“Climate change is a problem and it is something we do need to fix,” he concedes.

“But half to two-thirds of the world’s population have very, very simple problems.

Twenty-five per cent of everyone who dies today will die from an easily curable infectious disease.

"Many die from a lack of clean drinking water. So for most of the world it is obvious there are other priorities.”

In 2004, Lomborg was instrumental in establishing the Copenhagen Consensus Center (CCC), a thinktank to analyse competing spending priorities.

Its latest research, published in 2010 in Smart Solutions to Climate Change, does not place global warming high on its list of priorities.

That’s because the existing approach, including the Kyoto Protocol, is flawed, according to Lomborg.

“It turns out that the current way of dealing with climate change is an incredibly poor way of solving the problem. And so that ends up at the very bottom of the CCC list of about 30 solutions to global problems,” he says.

His lack of faith in the protocol is where his scepticism is strongest. “We keep being told that global warming is the end of the world and the Kyoto-style approach will work if we make drastic carbon cuts.

So, if we just up the EU pledge from 20% to 30% emissions reductions by 2020 then we’ll really make a big difference. And of course the honest answer is that you won’t even be able to measure the difference in 100 years. But you will certainly be able to see the cost.

So, the scepticism is about getting us to realise that the current approach is a very expensive way to achieve very little,” he explains.

“That’s a hundredth of a degree lower at a cost of another $200 billion,” points out Lomborg.

“Ridiculously large amounts of money are being spent and yet they are having no impact, even in the long run.

"There’s no doubt that it is well-meaning, but it has basically done nothing for 20 years, and I doubt if we try for another 10 years whether we’ll actually get anywhere.

“The targets don’t push anyone, anywhere,” he comments. “What we saw with Kyoto is that you set nice targets that are too low to actually achieve anything, but too high to realistically get countries to meet them.”

He is of the opinion that targets encourage deception. Taking forest and land-use change into account and allowing emissions to be off set by investing in developing countries through Kyoto’s clean development mechanism are examples of how countries have “fudged” the targets to make them easier to achieve, asserts Lomborg.

“Essentially, what we have tried to do is ‘let’s figure out how we can cheat.’”

Smarter solutions Innovation is his answer to reducing carbon emissions, not pushing up the price of fossil fuels.

“CO2 is a problem, but the real problem is that fossil fuels bring so many benefits that we’re never going to get people off them unless we find another power source that is as cheap, or preferably cheaper, and doesn’t have harmful emissions,” he says.

“Technological innovation is the only way we’re going to solve the problem of global warming. If we look at most of the things that we’ve successfully solved, we’ve done so because of technological solutions.

"Take food, for instance: we didn’t solve the problem that huge numbers of people face potential starvation by cutting down all our forests. Technology solved it.

"Borlaug came up with new variants of wheat and rice that enabled us to feed most of the world and not have to cut down the forests [American plant pathologist Norman Borlaug developed dwarf, disease-resistant, high-yield varieties of wheat and rice to help stave off famine].”

So, does he believe there is an energy source yet to be discovered that will solve the global warming problem?

“No, I’m simply saying we need to make what we currently have much cheaper and more efficient.”

Lomborg acknowledges that wind and solar have come down in price but says that they still have a good way to go until they cost less than fossil fuels. He argues that countries should not be subsidising the installation now of such technologies, but should instead spend the money on making them more effi cient.

He uses the example of Germany to illustrate is point that current subsidies are wasteful.

“The Germans are spending about €75 billion on subsidising solar panels [the Rheinisch-Westfaelisches Institut für Wirtschaftsforschung calculated in 2010 that the total cost of PV to German electricity users would be more than €77 billion over a 25-year period] to get a couple of billion euros worth of energy,” says Lomborg.

“Now, they have lots of solar panels on their rooftops, but they are doing virtually no good. If you do the calculations, they would probably postpone global warming by the end of the century by about seven hours.”

Lomborg says that the money would have been better spent on research and development (R&D) into solar panels.

“Solar companies have undoubtedly spent some of that money on R&D. Let’s say €2–3 billion. But if what you want is better solar panels why didn’t the Germans spend all of that €75 billion on R&D?” he asks.

He rejects the idea that investing now to fi nd solutions is simply putting off action and will only mean the cost of tackling climate change will soar.

Lord Stern, in his seminal report on the economics of climate change, which was published in 2006, was clear that it is a false economy to delay action.

“I have a certain amount of understanding for that argument,” acknowledges Lomborg.

“It feels like we should start right now. But haven’t we been starting for the last 20 years?”

Lomborg accepts that pollution is what an economist would class as an externality – that is, we don’t take into account the damage oil, coal etc does in our pricing.

But he disagrees with Stern’s estimate that every tonne of CO2 emitted causes $85-worth of damage.

In his 2007 book Cool It: The Sceptical Environmentalist’s Guide to Global Warming, Lomborg put the damage at $2 a tonne of CO2.

He has now revised that figure upwards to about $7 a tonne.

“We should recognise that putting that price on CO2 will make absolutely no difference. You are never going to succeed with the idea of making fossil fuels so expensive that nobody will use them: it’s politically unviable and it’s also economically daft,” he claims.

“We know that you can prevent almost everyone driving in central London if the congestion charge was set at £100,000. But at any realistic rate, you only lower the number of cars in London for a few years before levels rise again.

"Taxes can alter things a little at the margin, but you cannot achieve a big or sustained change,” he says.

Lomborg is insistent that providing clean water and eradicating malaria is a much better allocation of resources than the current attempts to combat global warming.

But how does he respond to the view that tackling climate change will help the poorest because they will suff er the worst consequences?

“It’s absolutely true that global warming is going to hit the poor the hardest. But if we stop them getting malaria, their society becomes much more robust and then much better able to deal with climate change.

“Eradicating malaria is about having the right infrastructure, so you build your houses, for example, with screens, and you also have the medication and clean-up the areas where malaria-carrying mosquitoes live. And we’ve done that in much of Europe.

"Most people forget that malaria was endemic in much of Europe in the 1800s, when it was much colder than it is now.

"Why? Because we were poor and there were more marshlands etc. But, fundamentally, if you make people rich they will be less vulnerable to malaria. That’s because if you’re rich you build a better infrastructure.”

He suggests dividing the $250 billion currently being spent by the EU on climate change in the following way: $100 billion on R&D into clean energy; $50 billion on adaptation, such as improving infrastructure to combat coastal and inland flooding; and the rest on getting rid of all the other major problems in the world, such as the lack of clean drinking water, sanitation, basic healthcare, education and food.

“How do you want to be remembered?” he asks.

“By spending $250 billion to reduce temperature rise by 0.05% by the end of the century or by spending it on fixing climate change and its impacts, and fixing all of the other major problems?”