When did you hear about genetically modified organisms (GMOs)?

In 1996 I met Jim Thomas, a Greenpeace campaigner, who told me Monsanto was genetically engineering soybeans to tolerate its Roundup herbicide – the herbicide would kill the weeds, but it would result in sterilised fields and a chemical-dependent monoculture. He said Monsanto was patenting the plants to assert dominance over the food supply.

Was the campaign a success?

It stopped the scientific research in its tracks. Monsanto was portrayed as the world’s most evil company. Anti-GM laws were passed across the EU, and remain in force today. In some European countries, scientists can develop GM crops in the lab but there is no possibility of the research being used by farmers.

So, what changed your opinion?

I spent 15 years writing books on climate change, which involved researching the science, reading peer-reviewed papers and communicating it to a global audience. In the process, I spent time tackling the scepticism that people had about climate change, despite widespread agreement in scientific community. However, as I read, I discovered a similar level of scientific consensus on the safety of GMOs. I realised I couldn’t defend the science on climate change while being against the science on GM crops and call myself a science communicator.

I announced a change of heart and said I was wrong to oppose GMOs. I was invited onto the BBC’s Hard Talk. Lots of memes circulated claiming I was a paid agent of Monsanto. There were times when I was detested by former friends on the anti-GMO scene. But when it comes down to the science, it is evident that GM technology has reduced chemical and pesticide use, increased crop yields and benefited farmers, particularly in developing countries. That is the origin of my book, Seeds of Science.

Can you give any specific examples of the benefits of GM technology?

We can say more than we could in the 1990s. The developing world’s farmers are using GM crops to combat pests without pesticides – reducing the toxic burden on themselves and the environment.

While researching the book, I met Gurjeet Singh Mann, an Indian cotton farmer who uses Bt cotton, a type of GM cotton containing an insect resistance gene. He said: “Prior to Bt we tried every kind of lethal poison that was available on the market. This charged the environment with poisonous fumes, creating havoc for birds, insects and frogs, which vanished from our villages.” Since they started using Bt cotton, and decreasing spray use as a result, ”we have chirping birds near our villages, our national bird the peacock has returned, we see insects, we can see frogs during the rains – so the animal kingdom was also returning to normal,” he says.Indian cotton farmers freely choose Bt cotton because it increases yields, reduces insecticide costs and brings in more money. That should be news to warm any environmentalist’s heart.

GM technology is also ubiquitous in medicine. The AstraZeneca, Moderna and Pfizer COVID-19 vaccines all use genetic technology based on the early sequencing of the genome of the SARS-CoV-2 virus. Had we succeeded in banning genetic technologies back in the 1990s, we would have had no way of combating the pandemic.

What about the stories of an epidemic of Indian farmer suicides, because they are trapped in a cycle of debt due to paying Monsanto for GM crops?

This is a myth spread by Vandana Shiva. It is popular with Western audiences because she reflects back Western angst, putting an Indian face on it. This is unfortunate because GM cotton has been a success for farmers, and many are trying to adopt other GM crops that the Indian government still prohibits because of this myth. However, Professor Ian Plewis at the University of Manchester found that suicide rates of Indian farmers actually fell after the introduction of GM crops, and are a little lower than rates for non-farmers in India. 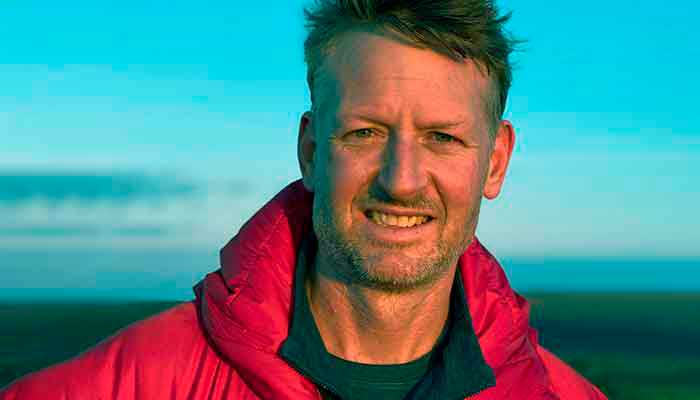 “I couldn’t defend climate science while being against GM science”

What is the cause of this?

Partly a difference in worldview. If you asked a conventional environmentalist, “Do you think farmers in Africa should be able to industrialise and adopt a high productivity/low labour-input industrial farming model?”, most would say no. However, most of the farming work in developing countries is done by women, and it’s labour intensive, low-wage and precarious, which is why food security is so poor. If you have a poor harvest, your family will go hungry. It’s very different in Europe, where farming is subsidy-driven.

I am relaxed about GMOs in crops because crops are artificial: you don’t find maize or lettuces growing in the wild. They have wild ancestors, but have been heavily genetically modified through centuries of selective breeding and hybridisation – changing a gene is neither here nor there in terms of risk.

I am less comfortable with wild species being genetically engineered.

For example, there is the possibility of genetically engineering wild coral species so that they have more thermal tolerance and do not suffer from bleaching. Should we do that and release them at a large scale to try and keep some reefs intact, or would they cease to be the species we’ve grown up with?

How can we ensure that potentially important technology is more equitable in the future?

All crop varieties are farmer-derived. Farmers in the Fertile Crescent 10,000 years ago originated modern-day wheat varieties. In science, everything builds on previous knowledge. The patent system requires the inventor to prove sufficient novelty and, for crops, they typically expire after 20 years.

It stimulates people’s inventiveness because they might make a return on it. The argument against patents is that private monopolies can be controlled by corporations and increase inequality. My view is that the public sector and universities should control more innovation, allowing greater public good. Deregulation would lower the cost of developing GM crops and allow more organisations to enter the field.

Watch IEMA’s Book Club discussion on Seeds of Science, with Mark Lynas as a panellist, at bit.ly/ IEMA_SeedsofScience. Reading the book led 53% of delegates to become more open to the use of GMOs, while 47% did not. What do you think?