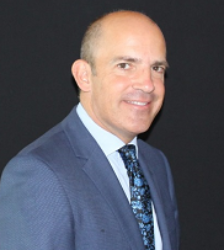 He took up his current position at Prudential in September 2016 where he is responsible for the company’s global environmental and safety performance.

Prior to Prudential, he spent four years at Jaguar Land Rover where he was responsible for the company’s global CSR and sustainability strategies, education programmes, energy management and environmental compliance. In 2013, JLR was named BiTC’s Responsible Business of the Year, received the Queens Award for Sustainable Development in 2015 and National CSR Award for its global CSR programme in 2016.

Before working in the automotive industry, he spent four years at Balfour Beatty, the infrastructure group, as Head of Sustainability, crafting and deploying its 2020 sustainability vision and roadmap.

Jonathan was previously Health, Safety and Environment Director at RHM, then the UK’s largest food producer, where he led a major restructuring of the central HS&E function before its merger with Premier Foods in 2007. Before entering the food industry, Jonathan spent seven years as Environment, Health and Safety Director at Smiths Group, the global engineering and technology company. He began his career with 10 years as an environmental and occupational hygiene consultant, specialising in environmental management systems, training, audit and site investigations.

He is a Chartered Environmentalist (CEnv) and Fellow of IEMA, the professional body of environmental and sustainability practitioners. He holds an MSc in European Environmental Policy and a BSc in Environmental Sciences from Lancaster and Southampton universities respectively.

Back to previous page